Behind the Scenes with Phil Elphinstone

Tell me about your character in The Gondoliers. What do you think of them? Do you have anything in common?
Don Alhambra is complex, scary - a bit of a dirty old man around beautiful girls - and he likes to be in control but with a hint of fun. He loves to tell a story! I enjoy this character as he is a challenge to portray and I have nothing in common with him.

What role would you love to play that you haven’t had a chance to as yet?
Count Almaviva (from Mozart’s The Barber of Seville and The Marriage of Figaro).

Who’s the funniest person in the cast?
Tim Wilson! Can’t go past the MD. 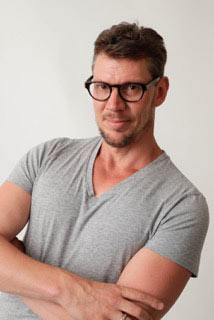 What has been the biggest challenge about taking on this role?
Diversity of the role emotions.

Without giving anything away, what’s your favourite line from the show?
“Party of some sort?"

If you could play any other character in this show, who would it be?
The Duke of Plaza Toro.

Who did you want to be when you grew up?
Denis Olsen (Australian actor, singer, director and pianist who was an exponent of “patter” roles in G & S) or Vincent Price.

Don Alhambra is complex, scary - a bit of a dirty old man around beautiful girls.

When did you first perform?
Early childhood.

Besides this one, what’s your favourite stage show?
Chicago.

Who do you look up to (as an actor/director/etc.)?
Franco Zeffirelli (acclaimed Italian director of films, opera and television).

When you have a five-minute break during rehearsal, what do you spend that time doing?
Trying to remember lines!

What do you do when you’re not doing theatre?
I enjoy watching theatre, spending time with friends, food & wine plus family.

What’s the last thing you do before you step out on stage / the curtain goes up?
I revise various scenes to ensure quiet calm for focus.