Behind the Scenes with Carol Whitfield,
Pirate Queen of The Pirates of Penzance

Provocative, but not without prescience, director Nicholas Renfree-Marks has made a bold and inspired choice to cast Carol Whitfield as the irresponsible and irrepressible Pirate King/Queen. We had a chat to Carol ahead of her gender-breaking role in GSOV's upcoming musical comedy blockbuster, The Pirates of Penzance.

The Pirate King in Gilbert & Sullivan's iconic The Pirates of Penzance has been performed by Australian luminaries such as Jon English and Anthony Warlow, and international superstars such as Kevin Klein and Tim Curry - what did you think when the director offered you this role, and how do you feel about joining that stable of performers?

When I was offered the role of the Pirate Queen, I couldn't quite believe it and it took a while for the news to sink in and not expect to be called back and told it was all a big joke. It wasn't until we started rehearsals that I was sure it was all for real. I mean, what an amazing opportunity to play such a fantastic role. I love the gender-busting aspect of it – that a woman can play such an out-there, aggressive leader. Also, the fact that you can interchange the gender of characters in a show. So many shows performed are from earlier eras when gender roles were so much more restrictive, not that a lot has changed on that front, although we'd like to think it has. I think this gender-flipping should be done a lot more to give men and women the opportunity to explore characters outside the old, constrictive notions of gender. As a feminist, I find this incredibly important. If you can make it work, why not? In fact, the little changes we've had to make to the script are actually quite funny, like an “in joke”, as everyone knows it's usually a Pirate King.

Until now I hadn't considered the fact that my performance could be compared to famous performances by Australian and international superstars, so thank you Judith, for putting the fear of death into me. Then again, the character I'm playing is very different from any of those performances – more badass than buffoon, and definitely not Jack Sparrow – so hopefully not too many comparisons will be drawn. Nick is a brilliant director who has drawn out many moments of humour, drama and tenderness for the characters that aren't in the script. This iconic show has been performed so often, but there's lots in this production that you won't have seen in any of the others and I can't wait to share it with our audiences.

You have performed in a wide variety of vocal genres, from chamber choirs and musical theatre to jazz duos and now English operetta; would you say versatility is the key to a performing career?

I'd say the key is to perform what you are good at and enjoy. Not everyone can perform a wide range of styles, but that doesn't mean you're not great in the style or styles you do perform. My voice happens to be pretty versatile although music theatre is definitely what I excel at most. I will say that performing across many different styles enriches your performance in the other styles. I guess playing a male character with a singing part written for a male's bass voice has certainly stretched my versatility skills. Our musical director Trevor (Henley) and myself had to go through the whole score to work out which octave and type of voice I would sing each song in. Sometimes I'm using my classical voice, but that doesn't suit the character of a Pirate Queen most of the time, so I'm also using my music theatre 'belt' a lot too.

Carol Whitfield, Pirate Queen of The Pirates of Penzance

Rehearsals have begun in earnest for GSOV's The Pirates of Penzance, what are some of your favourite things that you are discovering in this show that you wouldn't get in a more traditional production?

I'm playing a tough character in this production, but there are a fair few tough female roles out there in theatre, for example I've played General Cartwright in Guys and Dolls and most recently ball-breaking Broadway producer Carmen Bernstein in Curtains. But those characters weren't necessarily well liked by the other characters or likeable to the audience. The Pirate King is a tough character but also loveable, and feared but respected by his band of pirates. That says something about how traditional notions of gender are perpetuated in our culture – women "shouldn't" be aggressive, so if they are they're portrayed negatively as if no-one would like an aggressive woman. Whereas when men are portrayed aggressively, instead they're respected as "strong leaders". So, I'm loving playing an aggressive female leader who's also celebrated. What I'm also enjoying, that a female character would rarely get to do, is sword fighting and swinging on ropes while singing a song dedicated to how awesome I am!

"In fact, one of the most successful pirates ever known was a female pirate named Ching Shih during the 19th century in China who rose to incredible power."

Carol Whitfield, Pirate Queen of The Pirates of Penzance. At the helm of her steam-powered pirate ship

Historically, there have actually been quite a number of famous female pirate leaders; who have you been reading up on to help inform your character's backstory?

Yes, there have. Most started out as joint commanders with husbands or lovers and ended up succeeding them as commanders in their own right, probably the only way a woman could attain such a position in the male-dominated field of piracy. In fact, one of the most successful pirates ever known was a female pirate named Ching Shih during the 19th century in China who rose to incredible power. Over her piratical career she commanded over 1,800 pirate ships, and an estimated 80,000 men, far more than the famed Blackbeard who commanded a comparatively paltry four ships and 300 pirates. Pfft, Blackbeard Shmackbeard.

However, my favourite lady pirates, and the ones I've mostly based my backstory on, are an Irish woman, Anne Bonny and an English woman, Mary Read, who happened to end up on the same ship in the 1700s in the Caribbean. I learnt about them from a great Aussie podcast called Deviant Women who devoted an episode to them. Both were born out of wedlock and brought up disguised as boys for different reasons, and it's likely that being raised as boys allowed them to bring out the aggressiveness in their natures that eventually led them to piracy.

Anne was also a sweet young thing who burnt down her father's plantation after he disowned her for marrying a pirate. She ended up commanding a pirate ship with her husband who she later divorced and took up with another man as joint-commander, that is until she demoted him to one of the pirate gang and commanded the ship in her own right. She disguised herself as a man when in battle, and was known to bare her breasts to victims just before she killed them to show them they had been beaten by a woman. Now may be a good time to mention that there is no baring of pirate breasts in this production of The Pirates of Penzance. Sorry about that.

What was the first show that you performed in that inspired you and why?

The first show I remember that had a real impact was in high school with a strange little show called Dark of the Moon. I remember loving every minute of it and I knew it was something I excelled at because even the cool girls who saw it came up to me and said, "You're good" with a quizzical look on their faces as if to say, how could this normally painfully shy, awkward girl be so good at performing in public. I also distinctly remember my school mates in the show complaining about how long rehearsals were, and realising I hadn't even considered the time because there was nowhere else in the world I would rather have been. I guess that's when I discovered this performing game was for me.

What's the last thing you do before you step out on stage before the curtain goes up?

I quickly run over a pre-prepared summary of all my scenes, a little like your life flashing before your eyes during a near-death experience, but possibly a little less traumatic. Then I just say to myself "Don't screw it up."

The Pirates of Penzance premieres at the Darebin Arts & Entertainment Centre for a strictly limited season:
26th – 29th October. 5 shows only. Bookings & Enquiries: (03) 8470 8280

The Pirates of Penzance

Find out more about The Pirates of Penzance 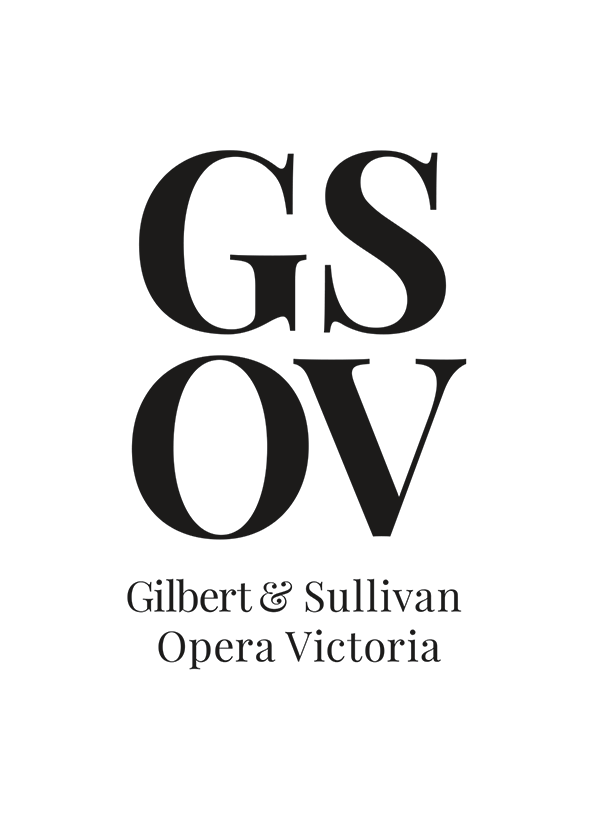