It is with great pleasure that we announce Gilbert and Sullivan Opera Victoria’s 2019 Season and hope that you can join us for this exciting year as we present Engaged, Die Fledermaus, Cox & Box and HMS Pinafore.

We have had enormous fun and success with our 2018 productions of Gold & Silver Operetta, The Mikado and Eileen. We cannot wait to get started on the upcoming season.

We’re excited to introduce our new GSOV Season 2019 Subscription Packages, they represent the best value for money, saving you over 10% with tickets to all 3 shows.

Give the Gift of Theatre

Add a little joy into the life of someone special with a subscription to our delightful season. To find out more contact our Ticket Secretary on 0490 465 009.

PLUS enjoy these Subscriber Benefits: 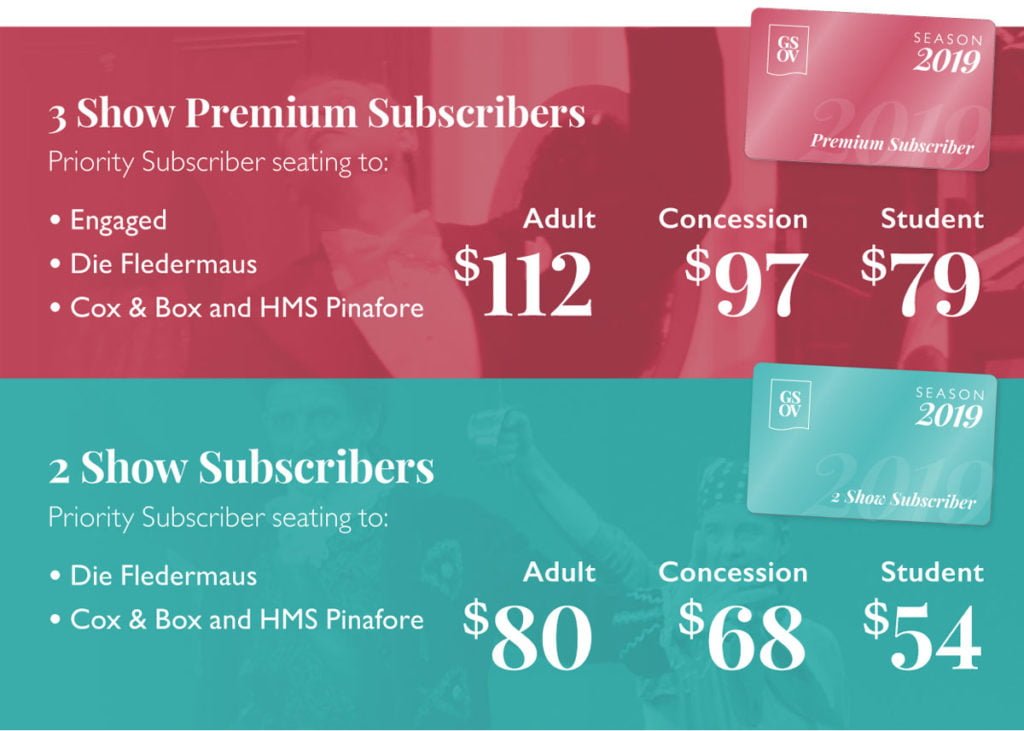 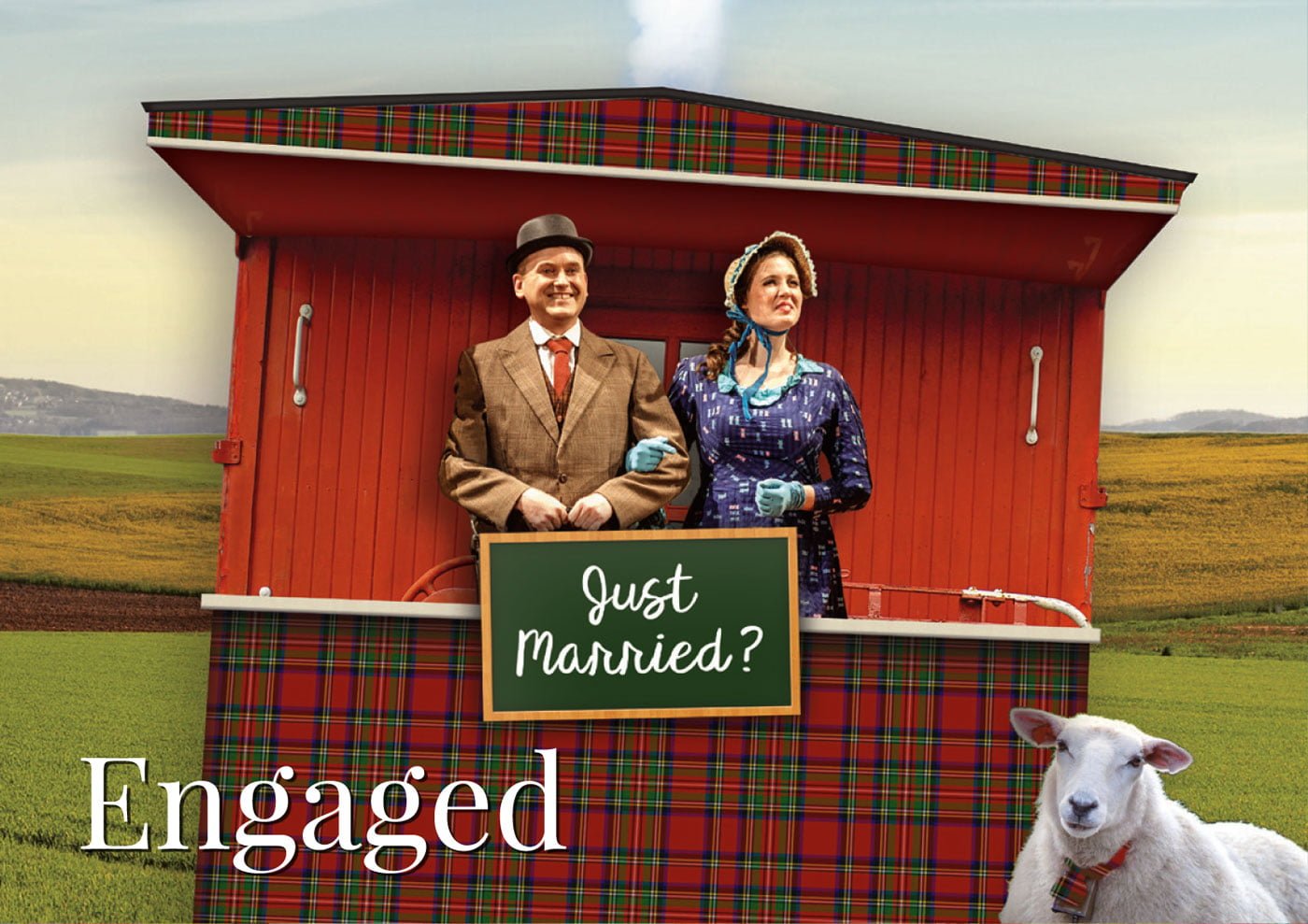 Enjoy a summer soirée at Sassafras, with a hilarious comedy about the everlasting perils of love, marriage and money.

Come, enjoy a walk in the garden with a glass of bubbles before the play. But please hurry and subscribe, as seating in the house and garden is very limited.

“Engaged’ is W.S. Gilbert alone, without Sullivan, and it is still outrageously funny”
– The Canadian Globe and Mail. 2016 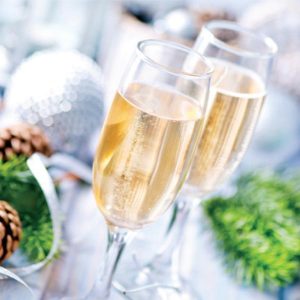 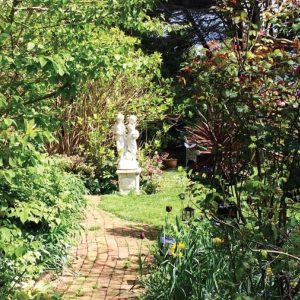 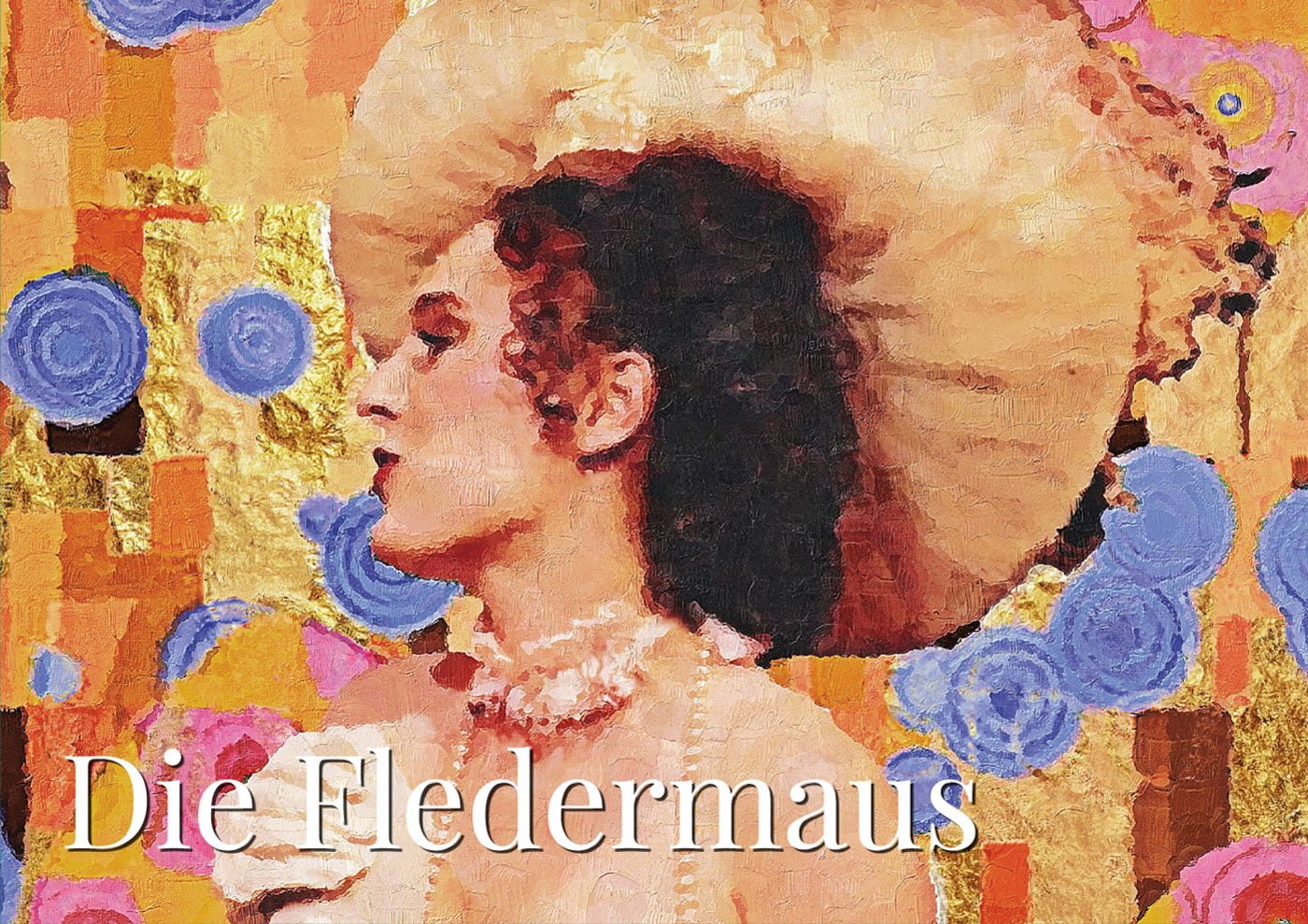 Glorious music, wonderful singing, and a charming and witty libretto, this joyful work of genius is sure to be one of the highlights of the Melbourne opera going year in 2019!

Composed by the Waltz King, Johann Strauss Junior, Die Fledermaus is perhaps the ultimate operetta. Die Fledermaus is a story about revenge, infidelity, disguises, imprisonment and waltzes! And, oh, what waltzes!

A Viennese gentleman, Gabriel von Eisenstein is supposed to be going to jail for tax evasion. But instead, he ends up going to a grand party at the villa of the Russian Prince Orlovsky. He has been lured there by Dr Falke, a former rival for the hand of
von Eisenstein’s wife, Rosalinda. However, Dr Falke has also invited Rosalinda, who still thinks her husband will be in jail, to come disguised as an Hungarian Countess. Falke’s aim is to enjoy von Eisenstein’s embarrassment, and the fun really begins when they all turn up at Prince Orlovsky’s party in Act II, including the Eisensteins;’ maid Adele, who has borrowed Rosalinda’s best dress. Inevitably, too much champagne is consumed resulting in a hilarious mixture of disguises and wrongdoings. However, all ends happily without serious incident.

“Composed non-stop in forty-two ‘nights of veritable rapture’ this is the younger Strauss’s most celebrated and popular operetta – intoxicatingly melodious and exuberant.”
– The Guide to Musical Theatre

“Die Fledermaus is the quintessential operetta penned by the legendary Johann Strauss II and first presented in 1874.”
– Stage Whispers 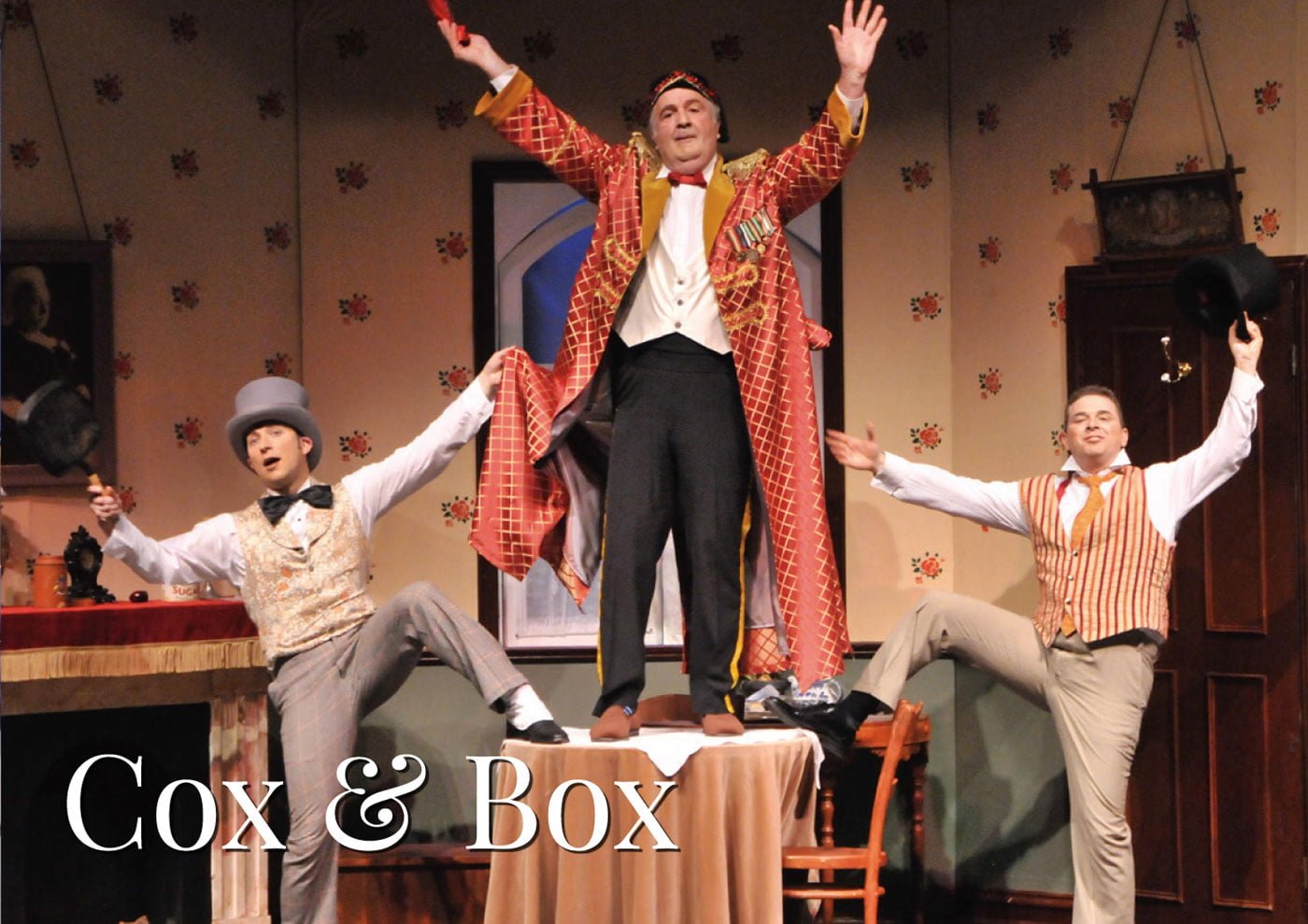 Presented as a double-bill “Cox & Box” and “HMS Pinafore”.

This frivolous yet charming tale, full of musical humour and sparkling tunes is a cheerful romp.

Before Sullivan met Gilbert he composed a delicious one act farce, Cox & Box with humorist F.C. Burnand. First performed privately in a men’s club, its popularity climbed and was the only work, not written by both Gilbert & Sullivan to be continually performed by the fabled D’Oyly Carte Opera Company, through its long history.

Sergeant Bouncer is renting a room to Mr Box, a printer who works at night, and to Mr Cox, a hatter who works by day. Neither know of each other’s existence, until one day Mr Cox is awarded a holiday. Returning home Mr Cox is horrified to find Mr Box asleep in his bed! Much hilarity follows as Sergeant Bouncer tries to sort out the mess. Sullivan provides a preview to the masterpieces he would later write with Gilbert. This is a gem of a mini-opera, and will bring much amusement and delight in this new production.

“It’s the wellspring of Gilbert and Sullivan’s musical style and has some terrific tunes. Burnand’s book and lyrics are crafted to perfection.”
– The Stage 2014 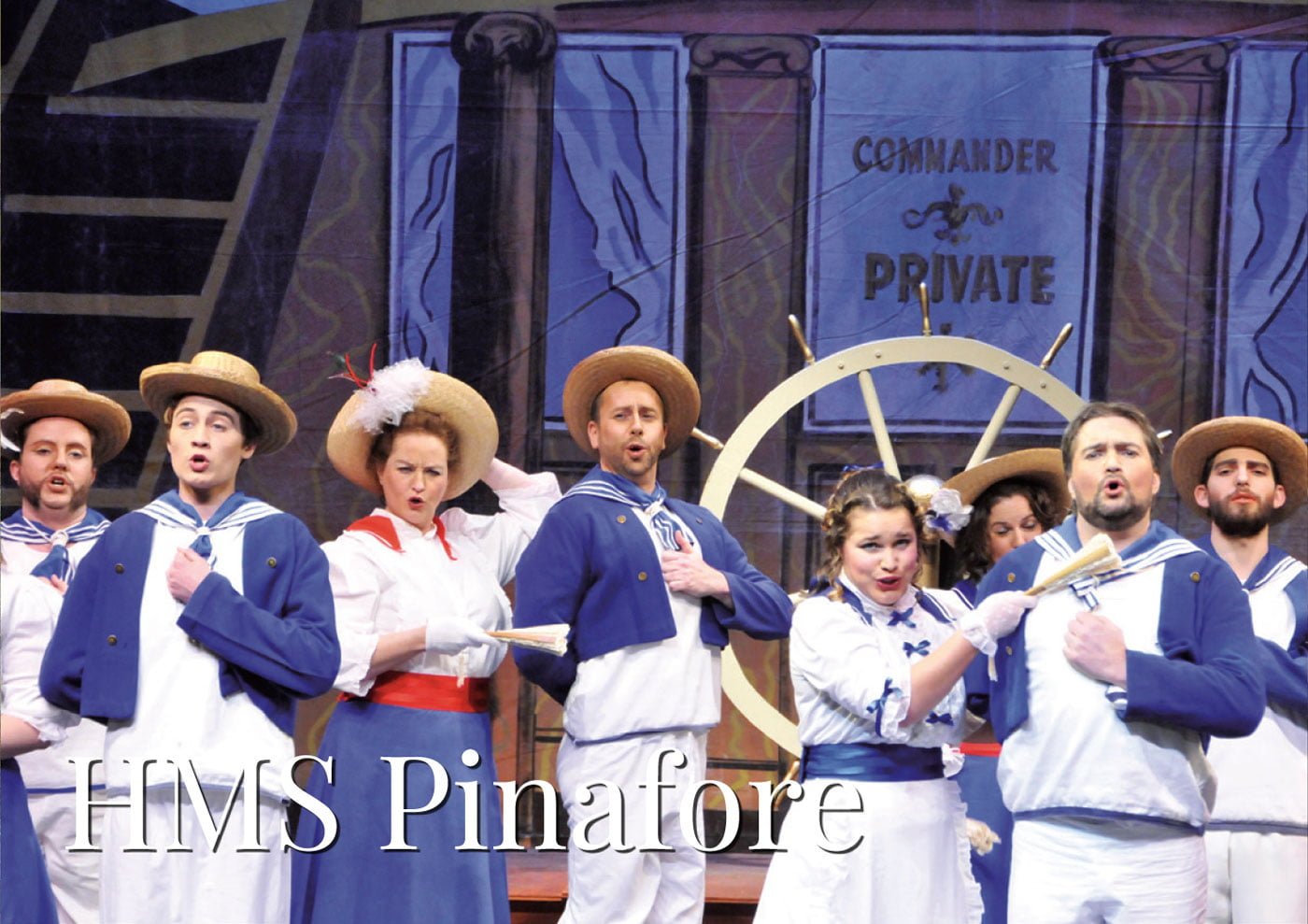 Presented as a double-bill “Cox & Box” and “HMS Pinafore”.

Delight in this timeless classic – Gilbert’s raucous satire on rank and privilege, set to some of the saltiest, jauntiest and joyful nautical music ever written, by Arthur Sullivan.

H.M.S Pinafore was Gilbert & Sullivan’s first international success. It has sailed the musical seas since 1878, and has never, no never, and not even hardly ever fallen from popularity.

The Captain’s daughter Josephine, is in love with the common sailor, Ralph Rackstraw. However, her father plans to marry her off to the unbearable but wealthy First Sea Lord, Sir Joseph Porter. After some hilarious plot twists, the lovers win through in the end.

This comic opera is an ideal introduction to children, and young persons, of the joys of classical musical theatre.

“Pinafore was the comic opera duo’s first international hit, and remains one of the most popular of the entire series. Nearly 140 years after its 1878 premiere, Gilbert’s absurdist satire on the English class system feel as pertinent as ever. Sullivan’s score is an equally classy piece of work.”
– The Stage 2016

“With numbers ranging from jolly music-hall songs, to stirring choruses, to duets, trios, madrigals and outright romantic arias Gilbert and Sullivan are magically able to simultaneously mock and sweetly embrace grand opera, melodrama, the class structure, the Royal Navy, and patriotism-as well as the very idea of being English.”
– Broadway World 2018

GSOV Season 2019 Subscription Packages represent the best value for money, saving you over 10% with tickets to all 3 shows starting from $79 (Save $17.60).

A lot of work goes into creating our shows, which simply would not be possible without our dedicated team of volunteers. We welcome you to get involved and join in this rewarding theatrical experience, whether it be in the spotlight, behind the scenes as part of our crew or through sponsorships.

The Gilbert & Sullivan Society of Victoria Inc. is a registered Not-for-Profit organisation. All donations over $2 are fully tax deductible in Australia.

Find out more information about how you can contribute and support GSOV.

^ Available through the Ticketing Secretary during Subscribers exclusive booking period. * Subject to availability.

Subscription orders by mail, online and phone will be allocated by the order of the date received. All applications must be accompanied by payment (credit card, cheque, cash in person) made to The Gilbert and Sullivan Society of Victoria, Inc. (ABN 82 367 025 584). There are no refunds or exchanges, except as directed by the Australian Consumer Law. Any monies due to subscribers as a result of being unable to satisfy ticket requests will be refunded. We reserve the right to vary, substitute, or withdraw advertised programs, artists and seating arrangements. Right of admission is reserved. We respect your privacy and do not share your details, view our Privacy Policy.