The Society owns an extensive library of CDs and books relating to Gilbert and Sullivan and other light opera.

This library is available to members and some items can be borrowed. Contact a member of the committee for further information.

The Society has been very pleased to accept the late Bruce Doery’s Gilbert and Sullivan Collection. Bruce died in November 2007, and was a treasured and honoured Life Member of the Society. His collection is made up of books, records, CDs, DVDs, cassette tapes, mini discs, photographs, magazines and theatre programmes. The books, CDs and DVDs have been catalogued by Robert Ray and Diana Burleigh, and lists can be viewed or downloaded by clicking on the above links.

There are all the standard texts books on Gilbert and Sullivan, as well as very recent editions, including biographies of Evelyn Gardiner, Leonard Osborn and John Reed. The vinyl LPs and CDs contain almost the entire catalogue of G&S recordings, including such rarities as The Mountebanks and Ivanhoe. Similarly the DVDs include all the commercially available performances of G&S, including an enormous number of performances from the Buxton International G&S Festival, at which Bruce was a regular attendee from 2002.

There are rare photographs from the JCW G&S seasons, as well as magazines and periodicals from the London Gilbert & Sullivan Society, the Arthur Sullivan Society and the WS Gilbert Society. Also of interest are many programmes, especially from Bruce’s recent theatre going.

Bruce’s wish was that the Collection be kept together, and made available to Society members. Members are invited to access the collection, and may borrow from it at no charge. 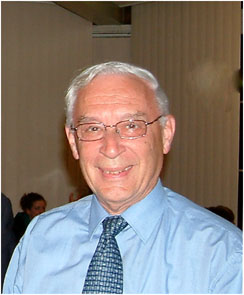