The Yeomen of the Guard 2022 - Gilbert & Sullivan Opera Victoria

In Stock – ORDER your copy TODAY

A dramatic new production of this G&S Masterpiece from Gilbert and Sullivan Opera Victoria, “Australia’s foremost exponent of light opera” (The Age).

Set in the Tower of London in the time of Henry VIII, the hero Colonel Fairfax is to be beheaded on a trumped-up charge of sorcery. He avoids this gruesome fate through the bravery of the Meryll family, and the unwitting aide of the strolling players Elsie Maynard and Jack Point, who is arguably Gilbert’s finest character study.

Complications arise when Elsie falls in love with the hero who has joined the tower warders disguised as Sargent Meryll’s son, leaving her unrequited lover Jack Point in despair.

There are five romantic entanglements to resolve before the powerful finale, together with the intrigues of the Tower jailer Wilfred Shadbolt and the jester Jack Point, ensuring that The Yeomen of the Guard delivers as many comic situations as it does dramatic ones.

With a full orchestra and chorus, talented soloists, Yeomen costumes imported from the UK, and the dynamic lighting skills of Moving Light Productions, GSOV will bring to life this tale of romance and bravery, showcasing what many believe is Gilbert and Sullivan’s best work. 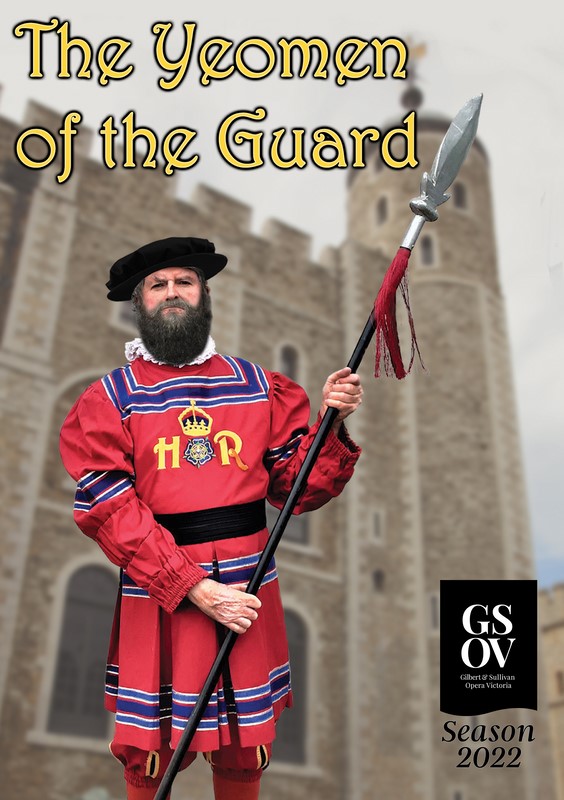