Listen to the Director Diana Burleigh talk about Thespis, as interviewed on 3MBS FM on 5th November 2022.

The Box Office is OPEN and we’re ON SALE.

Tickets available at the door.

Review in The Local Paper: 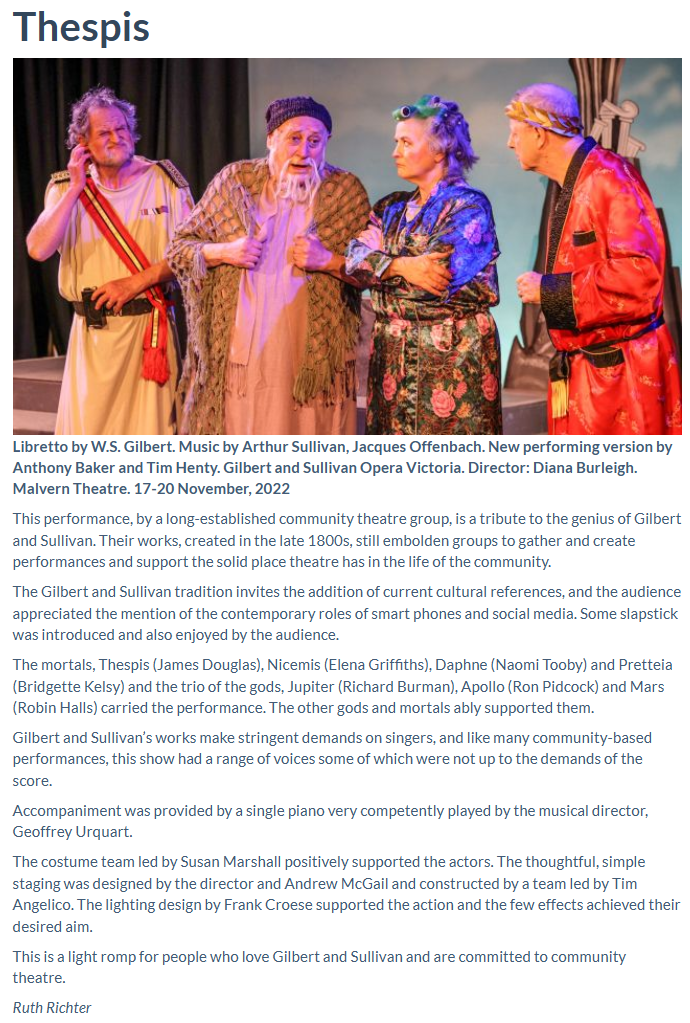