Trial By Jury and Other Legalities - 2009 - Gilbert & Sullivan Opera Victoria

Trial By Jury and Other Legalities – 2009

Bow Street Magistrates Court, London, somehow miraculously transported to Russell Street Melbourne. Angelina has been left at the altar by Edwin, and she turns to the court, and an amorous judge, to exact her revenge. Enjoy this sparkling miniature in one of Melbourne’s most popular tourist spots, the Old Magistrates’ Court – a great night out right in the heart of the city. Complementing the performance will be a newly written piece celebrating the “Other Legalities” of the Savoy Operas, including many favourites – and a couple of surprises!

Directed by Greg Eldridge, who was acclaimed for his adaptation of Wilde’s The Picture of Dorian Gray at Monash University during Melbourne’s’ Fringe Festival in 2008. Musical direction by Pam Christie.

Ladies and Gentlemen of the Chorus 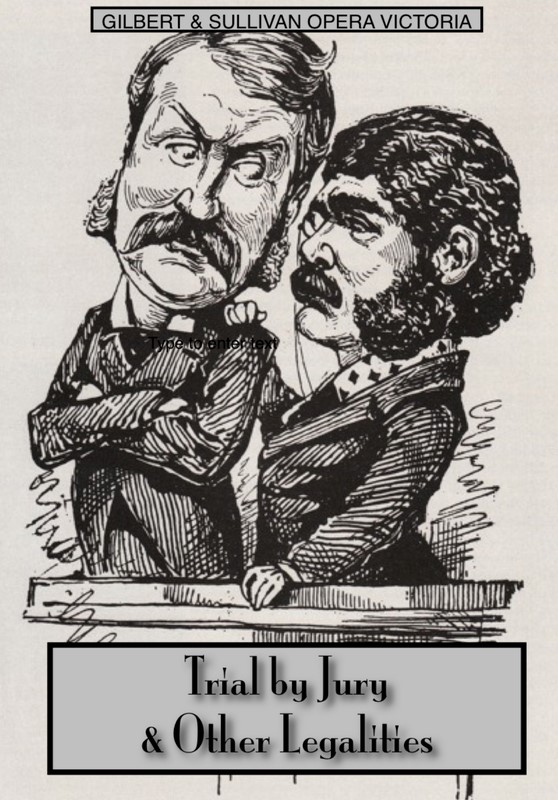